The start of August marked the beginning of our internal benchtesting phase. During this phase, the technical team tested the system, recorded any software or hardware bugs, and worked hard to eliminate them. One significant bug was found near the end of benchtesting while we were compiling the software to run on the wireless unit alone (rather than running the system while connected to the development PC). We found that several of the BBB’s failed to connect to the robotic arm or the amplifier. After several scary days, we eventually understood this to be due to differences in the BeagleBone Debian operating system version. After fixing this issue, we were able to demonstrate the entire system for Dr. Contreras-Vidal, who acted as our test subject. 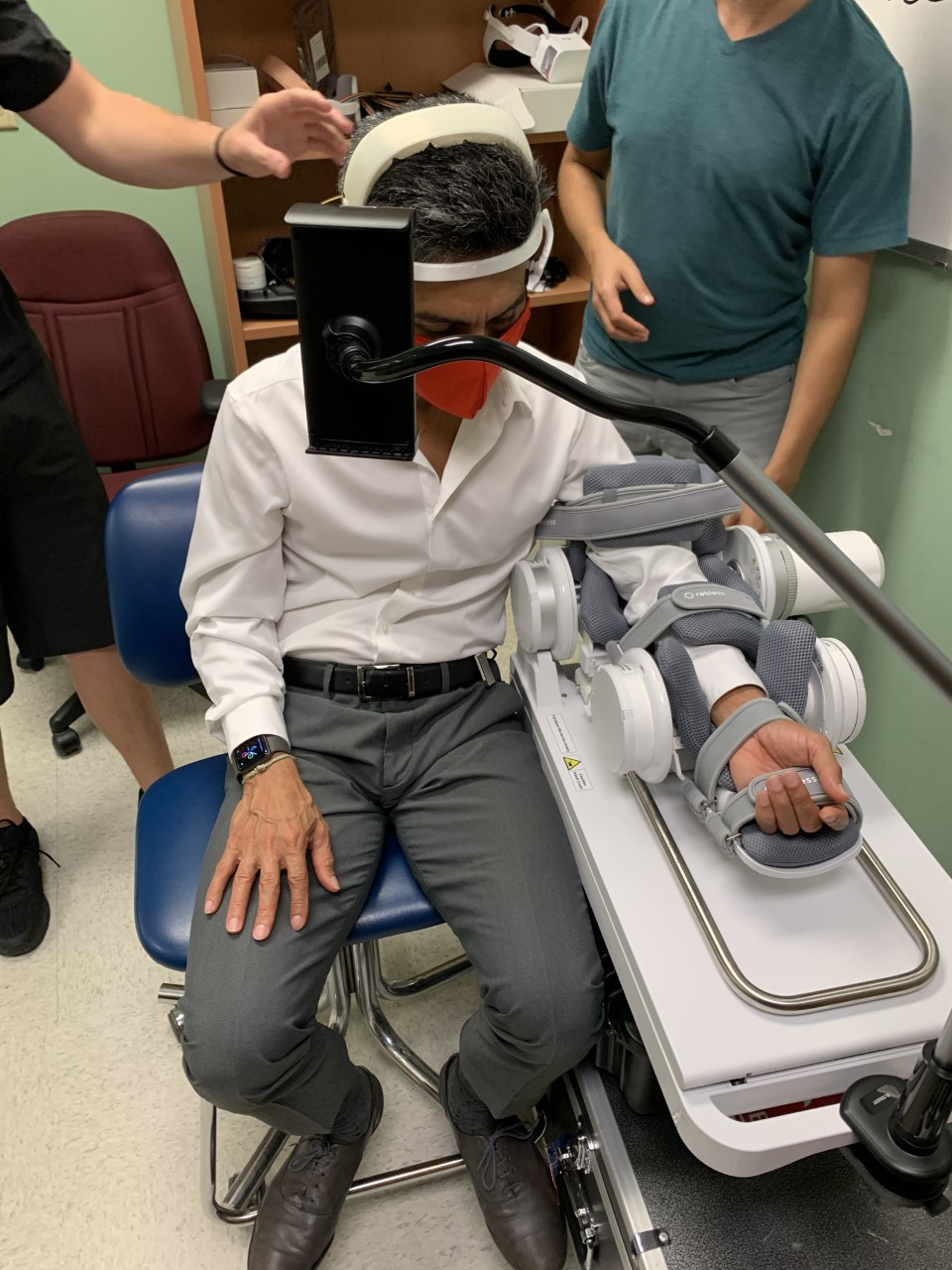