On June 3rd, the University of Houston (UH) Laboratory for Non-invasive Brain-Machine Interfaces visited the rehabilitation labs at TIRR Memorial Hermann (TIRR) hospital in the Houston Medical Center. TIRR is ranked the best rehabilitation hospital in Texas, the third best in the nation, and is consistently considered a leader in rehabilitation research and technology.

For the NeuroExo project, UH collaborates with TIRR and Harmonic Bionics, a rehabilitation robotics company based out of Austin. The three organizations combine the fields of academia, industry, and medicine to offer different insights on the project. The group met at TIRR to discuss updates on the project.

Following the meeting, the group took a tour of the facilities at TIRR. On the tour, TIRR staff walked the group through the rehabilitation center in addition to a few of the smaller rooms. The main rehabilitation center has a gait suspension system around the entire exterior of the room with which rehab patients are able to be strapped in and walk around the room with the sufficient support they need. The center also has extensive equipment to track the progress of their patients in order to assess the path for further rehabilitation. One of the smaller rooms consists of various exoskeletons, including one of the same brands that the UH laboratory uses: Rex Bionics. Many exoskeletons are designed to help patients with spinal cord injuries or similar illnesses to either walk or re-learn how to walk and re-build the necessary leg muscles. Some types of exoskeletons are able to support the weight of the patient, while others are not. Patients will use various exoskeletons depending on their rehab progress.

The TIRR neuromodulation laboratory examines the effects of noninvasive brain stimulation on recovery from diseases or illnesses within the central nervous system; the Nexstim is one of the machines within this lab. TIRR staff explained the functions of the machine and introduced the group to its technology. 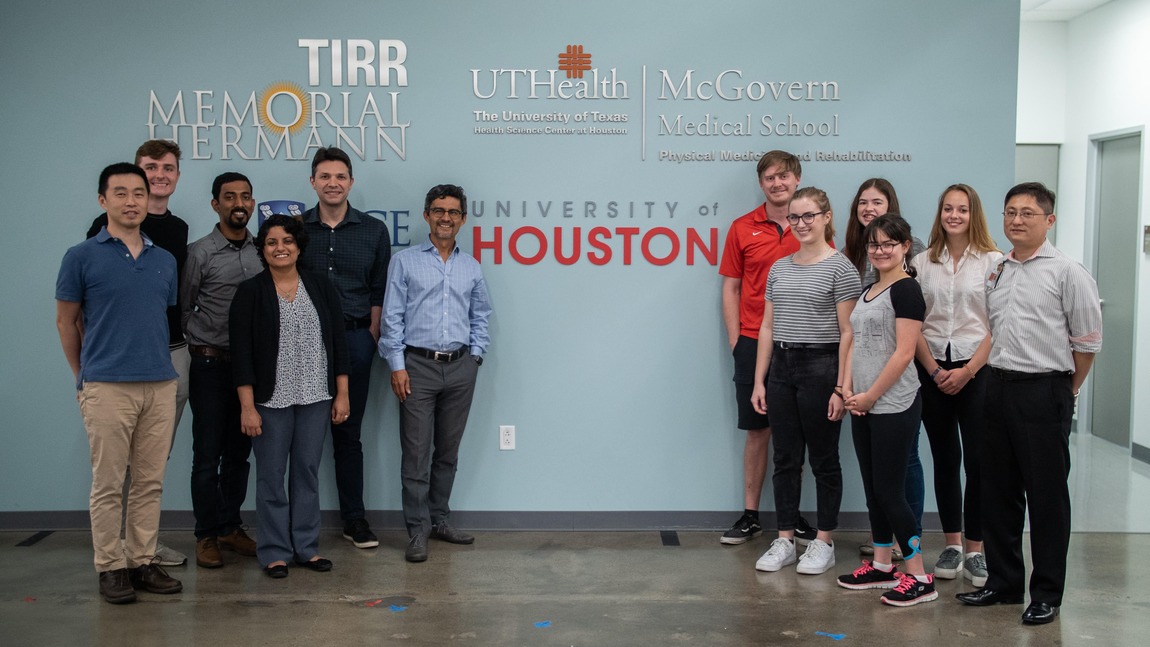 Upon returning to UH, the group was able to incorporate new knowledge of the technology and innovation at TIRR into their research, specifically for the UH NeuroExo project.